7 Reasons Swift is The future of iOS App Development 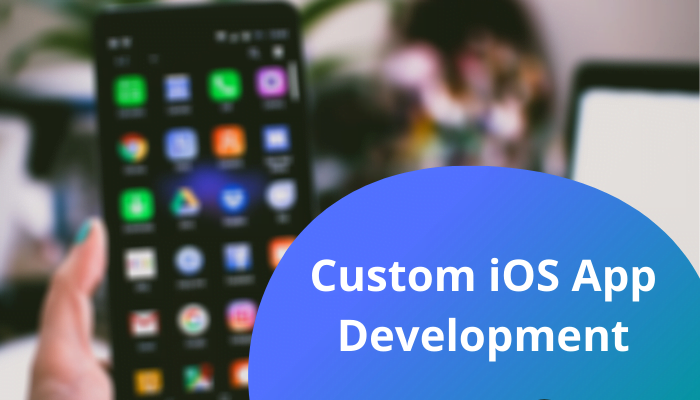 Here, we will discuss the main reasons that make Swift a go-to choice for your iOS app development project.

Several methods are available to evaluate a programming technology, and two of them are – Capabilities and Syntax.

Syntax means the set of rules and regulations that underline the inter-dependencies and order of words in programming technology.

Swift was initially a part of Objective-C, but now some significant differences have emerged over the years concerning invocation methods, cycles, conditions, the declaration of constants, enumerations, and classes.

To conclude, the structure is considerably more straightforward than that of Objective-C. As a result, this language can offer an out-of-the-box user experience and thus improves your business to a higher level.

Objective-C is the combination of open-source dynamic libraries containing the ready-to-use solutions for everyday tasks and reducing the application’s size, saving storage space in the memory of user devices.

Apple’s Swift is an innovative programming language for watchOS, iOS, and OS X, which can help build applications that run seamlessly.

Swift ensures secure and safe coding. It easily removes all risky code classes and helps to build a protected environment to develop a stable solution.

Owing to the concise yet eloquent syntax, Swift helps in building iOS applications with ease. However, the benefits of using Swift for iOS app development don’t end here. Take a look at the top reasons why most product owners choose Swift for their projects worldwide.

Objective-C, formerly used for iOS application development, substantially had one big issue. The ability of the language to emerge was a compelling task since it was a subset of Language C and can only evolve after it.

Owning to the same issue had to maintain two different files to enhance development time and efficiency. Swift integrates the Objective-C implementation and header files to a single code file.

Another massive flaw of Objective-C was that we have to use the manual option to sync the methods names and comments between files.

Most Programming Technologies used in iOS app development require complicated command lines for complex solutions. On the other hand, Swift is concise and can decrease LOC making programming faster and more efficient.

What Are The Advantages Of Using An Automated Payroll System?(Opens in a new browser tab)

Swift again dominates other programming languages in this area. It has the ability to manage the data at a quicker pace by using LLVM for operating platforms and optimized native codes.

One of Swift’s most crucial benefits for iOS app development offered to any smartphone service provider is that it is operational in an interactive environment, and you can see the output while coding. In addition, it means that any coding error can be spotted and resolved in the coding stage itself.

If your development team has any loops in your writing code, you can find them in the timeline panel where variables are being counted.

Swift was declared open-source in 2015, which changed the market image of the language to an extreme extent. After that declaration, Apple allowed the use of Swift for various purposes.

Since Swift is a  famous open-source language, it’s always easy to track the bugs, update the codes and make an email list.

Apple also gets feedback from the product owners’ community and has been modifying accordingly. In addition, Swift is compatible with Linux-based platforms making the platform diverse. Hence, making Swift the preferred choice for the iPhone app owners.

Playground helps coders to check a new algorithm without having to build an app. For this, iOS has added inline code execution to help coders build a mass of code or algorithms while receiving suggestions along the way.

These suggestions can enhance the speed at which code can be written with the help of information visualizations. Swift and Playgrounds together suggest Apple’s efforts to make the development process approachable and easier for you.

Thanks to its improved typing system and error managing capabilities, an error that happens while programming with Swift is much less compared to that of Objective-c. Safety was the main concern in building such a strong language.

Owing to the short suggestion loops and the error rectifying capability, you will be able to find and resolve the errors in their coding instantly.

Swift is relatively a young programming language and takes many functional components from Objective-C while also bringing an entirely new host of features, allowing you to hire an iOS app development company to write comprehensive, more clean code. As a result, it has become the leading programming language in a very short time for building engaging, user-friendly mobile apps.