How to Scale Your Facebook Ads in 2022 with a PPC expert? 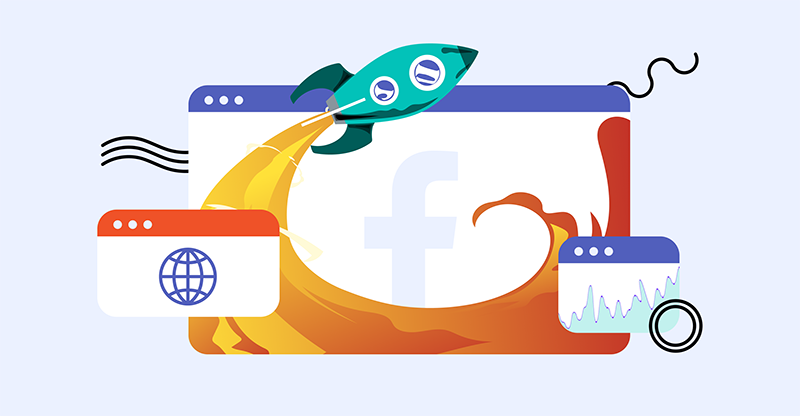 Facebook, the ever-changing advertising platform, has updated yet again.

Starting January 2022, Facebook has brought in some new changes to its advertising policies, leaving digital marketers scratching their heads.

One of these key changes includes the inability to do detailed targeting in some categories. Though this may seem counter-productive, it’s a wave marketers must get accustomed to riding.

Getting good ad reach, and making money from the ads is every market’s prime goal. Once you reach that goal, it’s time to think about scaling your ads.

It’s pretty self-explanatory, but we’ll explain it. Ad scaling is when you take your best-performing campaign and adjust it to perform even better.

You can do this in two ways – horizontal scaling and vertical scaling. The former pertains to making changes in the creatives of your campaign while the latter involves budgeting changes.

You must remember that Facebook’s algorithm changes as frequently as a toddler’s mind. So there is no one recipe for scaling your ads. Rather, pour over the data accumulated over your previous campaigns before making changes. You can also hire a PPC expert/Adwords expert to scale your Facebook/Google ads.

7 Ways To Scale Your Facebook Ads with PPC Expert

A higher ad spend doesn’t automatically mean a higher ROI. Ad-spend optimization will help you get the most out of your budget.

READ MORE:  11 Quick Tips to Improve the Quality and Effectiveness of Your PPC Ads

If you’re managing more than one ad set, then automated budgeting will also help to take a load off your back.

Ad automation is especially useful for scaling. It will turn off the spending for low-performing ads before you have a chance to get to it.

Setting up the automation tool is very simple. Just go through the list of questions that FB has for you. You can also set the goal of your campaign, the budget, and select your creatives

If one of your ad sets is doing really well, then push that set over others. That’s simple to do.

But you should also start thinking about why that ad set is doing better than others. Is it the creatives? Or is it the demographics of the target audience? Once you figure out the ‘why’ duplicate the ad set.

This way, you can preserve the well-performing set while also getting additional boosts from the identical set. You will have to manually duplicate the set. Ensure you set the exact criteria as the first ad set.

Now, on the flip side, you should also experiment with an ad set that didn’t perform as well as you hoped. Sometimes, even a well-thought-out campaign may not perform as you expected.

Don’t brush this off as an unsuccessful attempt. Try pushing the ad set again with slightly tweaked variables. If even after this, the campaign doesn’t perform well, then you can abandon ship.

A marketing campaign could have various purposes. It’s used to raise awareness, build intent, or for a hard sell. But one ad cannot achieve all three purposes.

That’s why you should split your campaign into marketing funnels. This also makes it easier to scale the separate sets as necessary.

So the first stage of your ad set is usually the discovery phase. This type of ad is the audience’s first encounter with your business. So the creatives need to make a striking impression. This is the phase where you would test with new audiences and creatives.

The middle stage target the audience to turn into customers. So this ad set needs to have more compelling arguments for your brand. Achieving a purchase is usually the goal of this stage.

You can target your social media audience or those who’ve visited your home page.

The last stage of the marketing funnel is where the hard sell happens. This is usually targetted towards audiences who have already made a purchase on your website.

READ MORE:  Google Tag Manager: How To Use With WordPress?

This is the most straightforward way to scale your Facebook ad. But before you do this, you need to monitor certain parameters.

Before you increase your budget, measure the return on ad spend over a period of time. If there’s a decrease in the returns, then pull back on your budget.

The best way to improve your ad budget is to go slow and steady. Otherwise, a drastic increase may trigger a new learning phase. A gradual increase will keep your campaign stable.

Having an automated budget will help you better control a gradual increase.

When you create a lookalike audience set, it may sound like a good idea to just scale with the largest audience. But this will actually lower your audiences’ quality. If your audience becomes too large, then you’ll no more be targeting people at all.

READ MORE:  How to Start Your First PPC Campaign in Less Than 10 Minutes

So when you scale the audience, you need to keep an eye out for both the size and quality of your audience.

You can do this by creating a custom list of your top customers. Create this list based on your Facebook pixel data. You can create up to 500 custom audiences per account. So try to create at least 3 sets.

Then, identify the top custom audience using performance indicators. Once you’ve identified them, create a lookalike audience. Don’t add more than 3% of lookalikes per ad set

Once this strategy works with your top custom audience set, try it with the others as well.

Facebook and Google aren’t the only two advertising platforms. Yes, they are a reliable source. But if you’re at the scaling stage, then it’s time to consider cross-platform advertisement.

Yes, your strategy will have to change for both of these platforms. But they are both good sources for active audiences.

Start with a small campaign in a country or area where you know your service will do well. Then, as the audience starts responding, you can continue scaling that campaign.

You can also launch a broad-targeting campaign. Here, you can simultaneously test audience sets from multiple locations. Run this as a short-time ad and keep checking the performance.

If you start such campaigns using manual bidding, it will help you get a better understanding of why an ad is performing the way it is.

Don’t think of scaling your Facebook ads as an intimidating step. Consider it to be an experiment and play around with the variables. If you need assistance, you can also make use of a PPC expert.