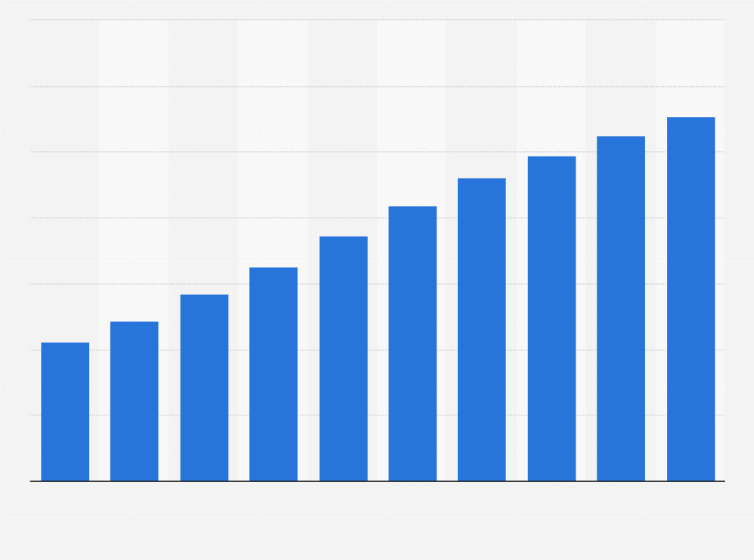 Gaming statistics for 2021 show the growing influence of this industry and its impact on our everyday lives. Click here for more.

Here’s The Most Industry Gaming Statistics For 2021

With over 2.8 billion gamers, online video gaming rose to become one of the most lucrative industries. New technology developments made online games more accessible than ever. Moreover, gaming represents a career choice for some young people, which wasn’t the case back in the day. It’s no secret people spend a lot of money on gaming, while the industry records new customers almost every day. These expected and unexpected events resulted in video gaming becoming one of the fastest-growing industries and pushing boundaries. Will people remain loyal to this industry, and what kind of changes do we expect in time to come? We’ll find out in the following gaming statistics for 2021.

You can access your favorite video games using any device. Therefore, the industry evolved and, as a result, offers so many genres and types. Hence, thanks to its diversity, there’s a lot to choose from. Consequently, people of all ages now enjoy playing popular video games on their PCs, mobile phones, and tablets.

If someone would ask you to think about how the average gamer looks, you would probably think of a nerdy teenager right off the bat. However, times have changed so that the present result may come as a surprise. The reality is, people with different social backgrounds now enjoy and contribute to the vast gaming community, with almost a third of the entire world’s population now playing video games. Considering this fact, we come to the conclusion there are more than 2.5 billion games around the globe.

For instance, in the United States, the average age for video game players is between 18 and 34. What’s more, almost 64% of adults are online regularly. Going further into details revealed that an average gamer is 34 years of age, owns a house, and has more than one child. Old school people may find these gaming statistics for 2021 bizarre, but the fact is that today, parents seem to share the same passion for playing video games as their kids.

The Impact Of Free To Play Games

Games without upfront fee costs continue dominating the industry. The sector reported a considerable increase in both revenues and players’ base. This is evident especially in the mobile sector, which contributes almost $64.4 billion per year. The largest F2P gaming market is Asia, generating $53.3bn profit annually. In other words, this region represents around 60% of the total market.

The continent of North America holds second place. During 2020, this region participated with $16.7bn in revenue. Only in third place is Europe, which generates about $10bn in revenue annually. With that in mind, it’s important to point out that not all games contribute the same.

Naturally, certain features are significantly more profitable than others. Therefore, the list of games that earn a living is led by Apex, League of Legends, Fortnite, and Counter-Strike: Global Offensive. The latter attracts hundreds of millions of people a year and has a significant impact on revenue, but also on the popularization of video games.

READ MORE:  What To Choose: Online Gambling Or Betting?

Digital advances have led to people today being addicted to small devices. Today, you can hardly walk down the street without hearing the clicking sound all around you. Sometimes it seems as if the phones are glued to people’s hands and that they can hardly resist modern challenges. However, if you were to ask someone which apps are the most popular, what would be your answer? Tinder, Badoo, Facebook, or some other social network? Shocking enough, though mobile games seem to rule the world.

People download various apps every day. However, almost 25% of them are video games. The fact that nearly 62% of people install one of the video games in the first week of owning a phone shows how much people are in love with games. Moreover, mobile games’ revenue climbed to a staggering $76.7 billion at the end of 2020.

You will often hear that men are much more childish than women. While this thesis is very true in most cases, in the case of playing video games, believe it or not, women will be in the lead. Namely, 4.5% of women who play games on the phone are more inclined to have the same entertainment and pay than only 3.3% of men.

READ MORE:  What do you know about the Real Money Slots?

In addition to pleasure, people see the gaming industry as the perfect way to earn more. Therefore, according to gaming statistics for 2021, the total value of eSports wagering is estimated at around $13bn.

In recent years, the online betting industry has grown significantly. Fans of eSports gambling also have a significant share in that. As a result, today, we have over 6.5 million people who are happy to wager on eSports.

As a result of the increased interest in this type of pastime, different resources have naturally emerged that offer information to current but also potential bettors, such as studying the risk of placing each bet. As a result, 88% of adults in the UK have identified at least one bet in this $58.4 billion heavy industry.

While the popularization of the gaming industry seems to have reached stardom, there is plenty of room for improvement. There is a growing interest in all forms of gaming in China, which is a significant market.

The total turnover in 2021 of this region is $49.3 billion. However, that’s not all, as a significant increase in this number is expected by the end of 2025. The number will amount to as much as $71.2 billion. Asian countries dominate the industry, followed by Mexico and Russia.

READ MORE:  What Should You Consider When Choosing an Online Gambling Website?

We have already mentioned the total income of this lucrative industry, and it’s important to state that 70% of it is made up of the mobile industry. In some countries, this figure is even higher. For example, the share of mobile gaming in China is 84%.

Gaming statistics for 2021 bring expected but also surprising results. As technology changes rapidly, so do changing trends in people. PC gaming revenues are slowly declining, while the mobile industry is taking the lead. The role of small devices in the development and revenue of the gaming industry is becoming increasingly important. Also, as interest in online games grows, so does the need for people to find additional ways to make money on their knowledge. As a result, more and more people are visiting betting sites, wanting to take entertainment and enjoyment to the next level. Overall, the online gaming industry seems to have reached incredible heights, but it will also continue to break records in the future