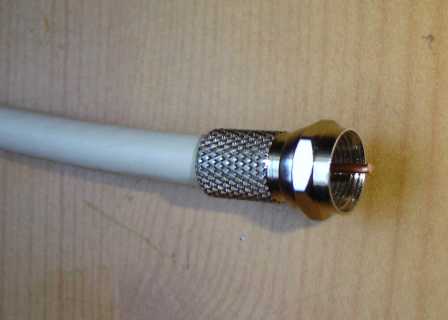 The advent of television is often regarded as one of the most significant technological achievements of the 20th century, if not all time. The capacity to send video signals over long distances has opened up a slew of new possibilities, bringing entertainment, news, face-to-face conversation, and much more into homes across the country. Cable television has become a basic household commodity. Initially, back in the 1940s, some cable television networks were created in the US to increase the commercial network broadcasts’ reception in hilly and rural areas of the country. The transmissions could only be received in a “line of sight” from the transmitting antenna due to the frequencies allocated to television. However, television’s pervasiveness as we know it today was not always the case. It needed time, effort, and financial investment to connect people to this new technology. As a result of all of this, a new industry was born: cable television.

How It All Began

It all started with broadcasting networks in the US in the 1940s sending electromagnetic signals carrying television programs entirely via airwaves. Large towers were constructed that broadcast audio and visual image signals to the surrounding area through the air. The transmissions were received by viewers via antennas mounted at the top of the houses or attached to their television sets. The main issue with this television transmission technology was that the signals became weaker as they moved further away from the towers. Around 1948, Community Antenna Television (CATV), later known as cable TV, became the first successful alternative transmission technology.

“The original goal, and still the major function, of CATV, is to give the viewer with better reception and a greater variety of existing TV stations than he can get over the air,” said Ralph Lee Smith in “The Wired Nation,” an influential 1970 article about the possibilities of cable TV.

Cable TV initially stood for ‘Community Access Television’ or ‘Community Antenna Television’. In 1948, the first “community antennas” were built in Arkansas, Oregon, and Pennsylvania, delivering cable television to the world for the first time and ushering in a new era in technology and entertainment history. Any system that distributes television signals via fiber-optic or coaxial cables is called cable television. However, this also includes satellite signal distribution systems as well.

However, the cable TV networks just provided existing broadcast network signals to communities that could not get access to them through the air frequencies for the following thirty years. The increase in cable TV subscribers encouraged some independent business people to begin new cable networks. As a result, the number of cable networks grew from 28 in 1980 to 79 in 1990. Unlike the broader services provided by cable TV companies in the 2000s, the earliest systems only provided a few channels and did not produce their programs.

The Rise of Cable TV

The cable television industry was at its pinnacle in the early 2010s. The drama and film industry was only growing. More and more channels were coming for the audience to select from, giving them a wider range and a diverse experience. What started from just TBS began to grow and the viewers had access to more prominent channels like HBO, ESPN, CNN, The Disney Channel, AMC, FX, and many more. Cable was no longer a luxury for those with money or a necessity for those living in distant places around the turn of the millennium. Instead, it had become a part of everyday life in the United States. The HBO aired shows; Sopranos and The Wire became a national phenomenon.

All of this contributed to the industry’s continuous expansion, which now has over 100 million customers. Many cable companies began expanding into another field of broadband internet because they could use their then existing infrastructure to give high-speed internet connectivity to their customers all over the country. The quality cable networks, along with broadband Internet intrigued the customers even more. Such as Spectrum Cable provides its consumers with optimum quality cable and broadband connections. To get the most reliable network connection at affordable packages, dial now on 1-855-771-3154.

Although widely available, cable television is now regarded as a luxury — it is what we choose to pay for because we want better access to more and much higher quality programming. All in all, cable television is a rather simple technology in terms of principles and concepts. It is a network of wires and amplifiers that collects and distributes television and radio signals from a range of sources to houses in a certain geographic area. Far from being merely a rebroadcast service, cable evolved into a significant method of communication in its own right, resulting in significant changes in the television industry and it continues to evolve and open up more opportunities in the world.

Community Access Television, Conclusion:, How It All Began, The Rise of Cable TV, why is it called cable tv?
{"email":"Email address invalid","url":"Website address invalid","required":"Required field missing"}